As reported by Emel Akan on February 24, 2019; Source The Epoch Times Online

The Opportunity Zones program, a little-publicized incentive in the Tax Cuts and Jobs Act of 2017, began to take shape in October last year, when the Treasury Department rolled out guidelines for investors. More regulatory guidance will be released soon to clear up confusion about the rules.

Despite a lack of clarity, there is strong investor appetite for this federal program across the country. Through substantial tax breaks, the plan encourages private funds to invest in overlooked areas and communities.

“We are super excited,” said David Bramble, managing partner of MCB Real Estate, a commercial real estate development and investment firm, based in Baltimore. “I can tell you that there’s massive interest and there’re all kinds of people forming funds, putting things together, trying to make deals.”

MCB is currently working on several projects in areas recently designated as opportunity zones, including the Yard 56 development in East Baltimore. Yard 56, which is a mixed-use project with retail, office, hotel, and residential space, has already attracted considerable investment from Prudential Financial.

Investors such as Prudential can defer taxes on capital gains by rolling them into a “qualified opportunity fund,” a vehicle organized to make investments in opportunity zones.

The financial services giant, one of the first movers in the program, announced last month that it would invest in the first phase of Yard 56, which would be the Yard 56 fund’s first opportunity zone investment.

So the process of finding money and forming an opportunity fund isn’t too complicated, according to Bramble.

“The challenge will be finding strong development deals and strong operators,” he said.

The Yard 56 project, which sits on the former site of an abandoned porcelain factory, is expected to revive the surrounding Greektown and Bayview communities of East Baltimore.

“These deals are intended as economic development tools and they require substantial investments,” Bramble said.

Investors are mindful of difficulties as these development deals involve a long entitlement process and working closely with the neighborhoods and government authorities, he said.

Across the city of Baltimore, there are 42 census tracts designated as opportunity zones.

Last year, the heads of each U.S. state, territory, and the District of Columbia identified 25 percent of their low-income census tracts as opportunity zones. Based on the nominations received from these jurisdictions, the Treasury Department certified 8,700 distressed communities across the country as qualified opportunity zones. The designation will apply for 10 years.

Ben Seigel, coordinator of opportunity zones in Baltimore City, said that private investors alone wouldn’t be able to achieve the broad intent of this federal program.

“While the legislation has no formal role for cities, we believe that there is an opportunity for cities—and, in our case, Baltimore­­—to really maximize the potential of opportunity zones,” he said.

Seigel defines his role as “matchmaking” between investors and the projects across the city’s 42 census tracts.

“We’re positioning ourselves to be the epicenter for opportunity zones,” and want Baltimore to be the top city in the country, he said. 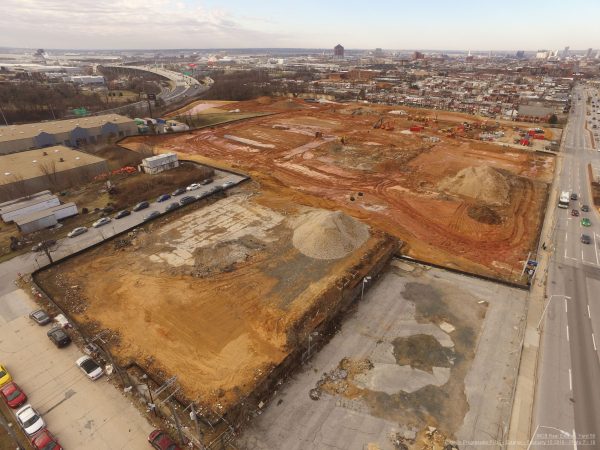 Critics have raised questions about whether the tax breaks will benefit economically under-served communities. They argue that the program will help wealthy investors and real estate developers only.

“Many of the funds that I’ve been in touch with are certainly in it for the economic returns, but they also recognize the social impact and they care about that as well,” Seigel said.

Unlike other federal programs, investors in opportunity zones don’t have to meet certain job-creation requirements to receive the tax benefits. The expectation is that if capital is deployed, the jobs will naturally follow, according to experts.

“We’re trying to walk a fine line where we don’t want to discourage investment,” Seigel said. “But at the same time, we want investments to be accountable to communities and to achieve real job creation and other economic outcomes that benefit local communities.”

Treasury Secretary Steven Mnuchin projected as much as $100 billion in private capital could be funneled into distressed areas over the next 10 years.

The program offers three tax benefits for investing in these low-income communities. First, investors can defer tax on any prior capital gains invested in a qualified opportunity fund until 2026 (or the sale of the investment). Second, the program incentivizes long-term investments and hence, investors can reduce capital gains over time. If the investment is held for longer than five years, there is a 10 percent exclusion of the deferred gain. If held for more than seven years, the exclusion increases to 15 percent.

And the third benefit is that the investors pay no capital gains tax on any opportunity zone investment if they hold it for at least 10 years.

“We expect to see a good amount of investment in 2019 because that’s where opportunity fund investors will take full advantage of the seven-year deferral period in the provision of the tax law,” Seigel said.

The opportunity zones project has the potential to become America’s largest economic development program. It aims to revitalize underserved neighborhoods.

Almost 50 million Americans live in economically struggling communities. While many cities and towns in the United States are flourishing, these communities have been left behind in terms of investment and jobs growth.